COMPASSIONATE AS YOUR COUNSELOR.

As seen in the 2022 June/July issue of Forbes & Fortune magazines, Attorney John DiPiano has been featured as a supereminent family law trial attorney in the greater Boston area. For more details about his vast experience and superior knowledge in this practice area, and how he and his firm continue to be strong advocates for clients seeking resolution to cases involving complex asset division and challenging issues regarding minor children, please click on this link to read the feature article.

Attorney DiPiano in Forbes and Fortune – 2022 June and July

Divorce—Who Gets What? It’s Complicated

Divorce—Who Gets What? It’s Complicated 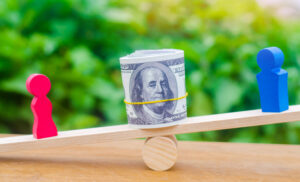 Division of Assets is Divided Fairly but not Necessarily Equally.

What is “Marital property?

In the first instance, any income, assets, and property acquired by either spouse is marital property subject to division.  Property covered by a prenuptial agreement, or that was obtained by a spouse prior to a marriage may, in some circumstances, be considered “non-marital property”  But, that is a determination made by the court.  .

A good place to start

As to property division in general, a good place to start to begin to understand how Massachusetts divides property in a divorce is to look at  Massachusetts General Laws, Chapter 208, Section 34.  This section of the Massachusetts Divorce Statute may be found here:

If you read Section 34 of Chapter 208, you will see that the court has certain factors that it must take into consideration in dividing property during the marriage.  Section 34 factors include the length of the marriage, the conduct of the parties during the marriage, the age, health, station, occupation, amount and sources of income, vocational skills, employability, estate, liabilities, and needs of each of the parties, the opportunity of each for future acquisition of capital assets and income, and the amount and duration of alimony, if any, awarded under sections 48 to 55, inclusive.

None of the statutory factors included in Section 34are initially given more weight than any other factor.  Instead, the court will look at the facts of each case and determine which of the factors may be weighted more heavily than others in deciding how to divide marital property.

In addition, Chapter 208, Section 34 is not the end of the analysis.  If the parties have minor or unemancipated dependent children, their needs are also considered and may drive a much different result than if the parties did not have children.

The length of a marriage is an important consideration

But it is important to keep in mind that there are no bright-line rules, such that if you have a short-term marriage, the court will always put the parties back in the position they were in before the marriage.  In some cases, in a short-term marriage, factors get complicated, especially when you have one spouse who greatly surpasses the other spouse in earned income, has a much brighter horizon for acquiring future capital and assets and there are minor children of the marriage.  In such cases, it is often not fair to the children to create what is known as the “castle and hovel” situation .  where one parent lives in the proverbial castle and the other lives in the proverbial hovel and the children when they are with each parent see and are affected by the stark difference.

In short, there are no hard and fast rules.  Instead, each case is viewed based on the facts that the case presents. Property division in Massachusetts Divorce cases is complicated.  There is no other way to phrase the reality of the situation.

DiPiano Family Law Group P.C. is experienced in divorce litigation in Salem, Essex County, and Greater Boston areas. We are compassionate as your counselor. Tenacious as your advocate and will support you through the entire divorce process and transition.

DiPiano Family Law Group P.C. | Copyright © | All Rights Reserved. ‘Compassionate As Your Counselor. Tenacious As Your Advocate.’ is a trademark of